FEBRUARY’S HOLDING STEADY AT 10° AND LOWER. But we revel instead of retreat. 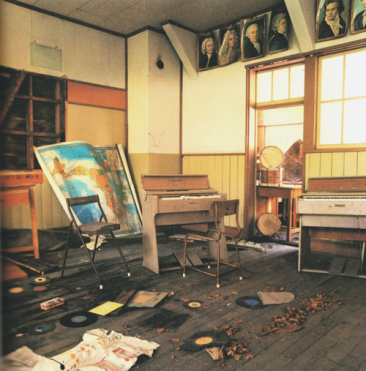 SAFE TO SAY I THINK about my daughter’s education more than my parents thought about mine. I can’t imagine my mother worrying about the “learning environment” or “teacher accountability,” or even saying those words. Granted, in 1980s Des Moines where I grew up, there wasn’t much to complain about. Solid and safe public schools with mostly good teachers and challenge and resources for all kinds of students. There was bullying, drugs, sex and discipline problems to be sure. But you wouldn’t pin that on the school. The world isn’t perfect.

I’ve been loyal to the public school ideal since way back, even choosing to attend a public university when most of my friends went private. Along with travel, I see urban public school classrooms as one of the few reliable places to learn about the world outside of your own cultural bubble. I want Johanna to understand that, as special as she is, she’s not that special. I think she’s learning about her place. Whether she learns much else, I’m unsure.

For the last four years, I’ve been on the sidelines of Jo’s school life. My knowledge of who’s smart and who’s bad (and who’s both) is mostly hearsay. Until this month when I chaperoned her 3rd-grade field trip to the Minneapolis Institute of Arts (after a feel-good criminal background check). It was like time-traveling back to 1983. All the old gang was there: super-shy guy; big loud girl; shady kid looking to bolt; the wisecracker; the inseparable BFFs; the over-eager hand-flailer (my own archetype for a time).

It was a fast outing. The tour guide didn’t attempt to illuminate, only asking the kids, “tell me what you see.” Being challenged to really look and have your personal reactions honored can be a revelation, especially if you don’t see much art. For Johanna, who’s done this museum 150 times, it was pretty forgettable.

I worry that most of her 3rd grade time is like that. Last week was conferences. Her teacher, a 30-year veteran, could tell us nothing specific about our daughter’s progress, strengths or weaknesses. Sarah asked her whether Johanna is getting any extra challenge since she was identified for “talent development” (the new nomenclature for “gifted/talented” is supposed to be inclusive, but it seems vague—more an aspiration than a concrete program). Her teacher told us her “team” was “navigating” the new “standards”; for example they do “pull-outs” on some “sites.” We know they aren’t doing pull-outs at this site. If there are any efforts made to tailor the curriculum to students of different abilities, she couldn’t describe them. It was like we were asking about something she didn’t think was her job, even though it is. We felt embarrassed and dropped it.

The achievement gap between whites and students of color in Minneapolis is notoriously wide. The district superintendent resigned over the issue in December. This week, after the Atlantic heaped praise on our city‘s “economic miracle,” many were quick to note who’s left out. Closing this gap is the right priority, though for all the plans and energy expended, it hasn’t changed. I don’t underestimate the challenge or pretend to know the solution. But in contrast to the rosy mutual enrichment of my own public school education, some days it feels like every child is left behind.