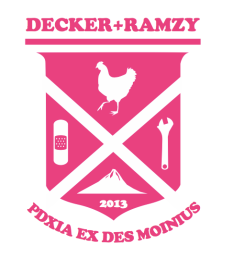 UNLIKELIER THINGS HAVE HAPPENED than my buddy Travis getting married. The dude has raced Saabs across Sweden. He’s pushed a giant fuel bomb off a three-story balcony. Rumor has it he once strapped a vial of scalding-hot fluid to his leg to falsify a medical test. How many times has Travis persuaded me to choose what is plainly the unwisest option—just to see what happened? Too many.

But when I heard he was getting hitched, it give me pause. Could the wild bachelor entrepreneur really “settle down”? Could he fathom the compromises to come? Was this some kind of legal maneuver or insurance scam?

Apparently not. Turns out the bride is a nice gal of sterling pedigree (by Des Moines standards) who I knew in high school, a younger sister in our cohort. They’ve lived together awhile and nothing has burned down (a hazard of Travis’s past tries at cohabitation). There will be dudes in suits and moms crying. Rings (and spit) will be swapped. The party vibe will be affirming and celebratory, if reeking of Class of ’93 excess.

When I arrive in Portland later this week, I expect I’ll be asked to do something plainly unwise. And I won’t let Travis down.

>> The Soft Boys – Kingdom of Love