I AM TALKING TO LUNCH LADIES about why their food is less terrible than kids think. I am making up imaginary people to be in fake plays and work at fake companies. I am cruising neighborhoods looking for unprotected wifi networks. I am building (conceptual) platforms for (real) architects. I am repeating the word “debit” until it loses all meaning. I am writing about the peculiar demands of television puppetry. I am making recipes involving Jello sound youthful. I am politely shaking down accounts payable departments and transferring the proceeds to the IRS. I am finding time to tidy up, browse records, ride bike, meet long-lost cousins, even draw and paint. I am trying to allay concern (Sarah’s, my own) about those things I am not currently doing, from fixing our toilet to figuring out our five-year plan. For the moment, it’s working. 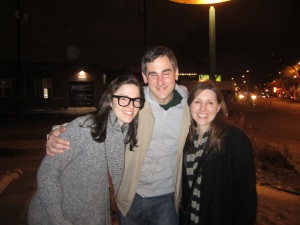 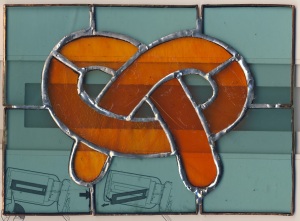 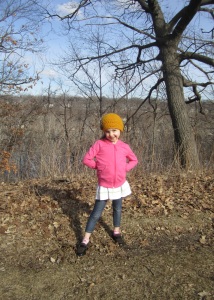 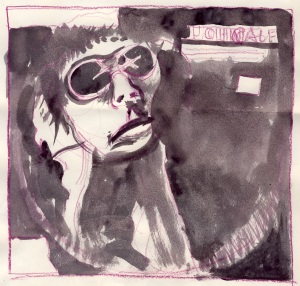 ENDURING CHILDHOOD FRIENDSHIPS must be rare, because folks act surprised when mine come up. Not everyone still hangs with kids they met in daycare? Their 6th-grade homeroom buddies? People who shared their formative experiments, crushes, humiliations and near-death experiences? Pity.

To get to our host’s place on Sauvie Island, you cruise past a mile of rotting swamp cabbage…

…and arrive in a big open place where chickens, bathtub bourbon and kegerated beer run freely.

Travis is living civilized these days (shoes off!), with a nice place on a river and majestic barge views. Of course, there are no curtains because his ex-girlfriend torched them in a fit of rage.

For hours, maybe days, we congregated in the garage, out of the rain and close to the keg. Tennis balls and flair guns were shot. Recent exploits were shared (mostly Travis’s): girlfriend flame-outs, gambling in Reno, mudtrack racing, hanging with the famous rock groupie neighbor. Giant steaks were consumed (with utensils—we’re all grown up now).

Come fishing time, Travis had enough rubber gear for all of us, though only one battle-ready flight suit. Watch out for chickens!

Our small craft darted up the Willamette in search of sturgeon, passing the world’s largest car carrier, which can hold 6,000 Hondas.

Steve got a monster fish, though by sturgeon standards it was average. Only 50 years old or so.

My own wee sturgeon and Austin’s more respectable catch. All were thrown back by law (we didn’t obey all the laws).

Atomic Auto, Travis’s shop, has grown into a maze-like Saab Hospital, full of half-assembled vehicles hooked up to mysterious machines.

Steve tolerating party-bus-style karaoke at Chopsticks Express II, where we’d gathered up even more old friends. We belted out Blondie, Robert Palmer, and some Yeah Yeah Yeahs, but two days of Island living had taken a toll.

Thanks for the (fuzzy) memories, dudes. I’m sorry I played this so much, but I’m even sorrier you subjected me to this.