Yesterday’s May Day parade was an especially potent antidote to feelings of futility and disconnection (btw, thanks for all the kind words and proposals; I’m done whining about my charmed life! (for now!)). Assorted bicycle gangsters, hippie anarchists, piercing freaks, steampunks, art kids, gutter goddesses and shirtless, grizzled shaman were in full effect. It was a nice reminder that in Minneapolis, the best parties don’t need no stinking corporate sponsors.

In the only buzz(road?)kill of the day, the parade grinded to a halt in front of us when one of the dancing dreadlock fairies got run over by a Pigiron-and-Rustoleum Vehicle from Hell. The contraption had to be hoisted off her leg, all of which I saw without wanting to. People cheered like it was a football game as she was carried off (creepy). Lucas wondered aloud if she’d left a smudge on the pavement (funny). (Later I saw a screaming little girl get rolled under another improvised vehicle and found myself wanting to strangle her dad). 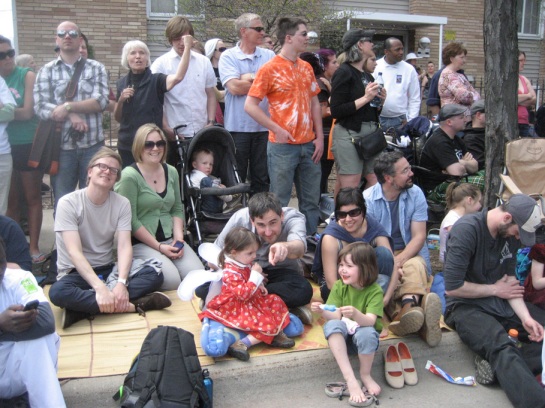 Jenney cordoned off a swath of curb, enough space for Lucas and Isobel, Sarah, Johanna and me, three generations of the Haroldson clan (Barrett, Melanie, Kai and Grandpa Dave) and Jay (smiling), with space left for Matt and Craig, too. Good seein’ yous! 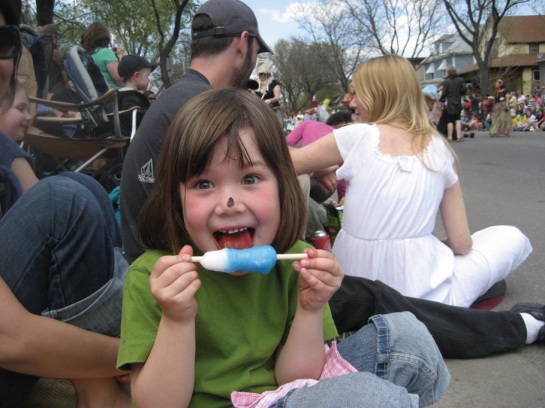 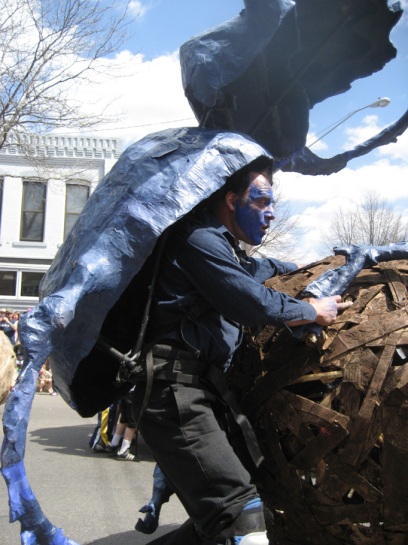 Some video posted by Neighbor Scott gives a nice taste of the spectacle. 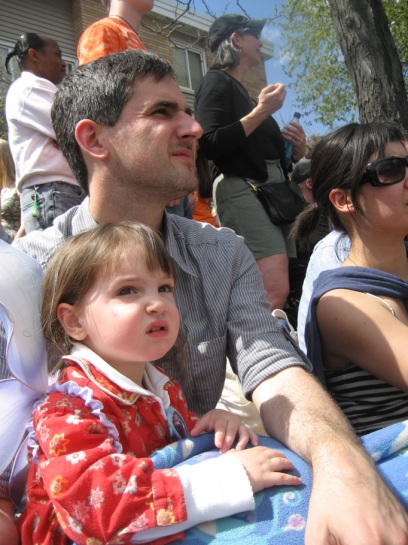